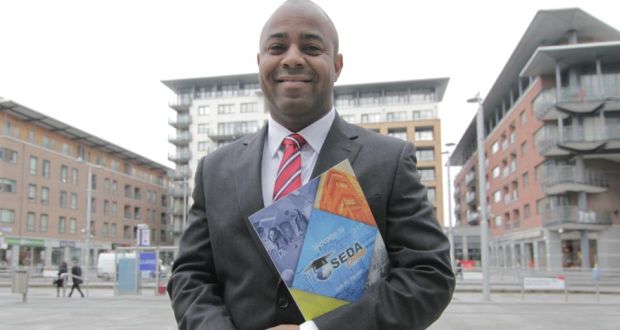 It was great to see Celtar client Tiago Mascarenhas (above) interviewed in the Irish Times last week. Tiago is one of the new breed of entrepreneurs in Dublin City, the college he co-founded now employs 60 full-time and part-time staff, brings over 2,ooo students a year to the capital and promotes Ireland as a wonderful place to visit and study.

“A pleasure to work with, Tiago has an enquiring and restless mind and an ability to get things done” says his business mentor Billy Linehan.

“In just five years Tiago with a strong team of colleagues  has created SEDA as a major player in English language education in Ireland.”

Tiago Mascarenhas co-founder of English language school Seda College Dublin was interviewed in the Irish Times by Pamela Newenham. This is an excerpt from the interview,

What is unique about your business? The number of students we have, and the fact that we have created our own sales channels. The college has 2,000 students every year from about 40 countries, including Brazil, Spain, Italy, Mexico, Argentina, South Korea, Malawi, Japan, Taiwan and South Africa.

Our website is in seven different languages, and Seda has offices in Brazil, Venezuela, Mexico and Chile, all of which market Ireland and the college as a study destination for English-language students.

What has been your biggest challenge? A number of English-language schools that closed in Ireland last year. It was difficult for us, as students were wanting to go to study at universities such as UCD that they knew weren’t going to go out of business.

We were getting lots of questions asking if we were going to close, and what guarantees we could give. With all the bad publicity about language schools closing down, I approached the bank about a bond facility, so students could feel more secure. It would have been a complicated process. We have since got insurance instead.

We are the first language school to be accepted by an insurance provider. If we close down in the morning, the students will all get their money back.

What has been your biggest success? We came from nothing, with no support, and now Seda is one of the biggest language schools in Ireland. We were voted number four in the world and number one in Ireland based on reviews on EducationStars.com, an independent ratings agency for schools worldwide.

What’s the biggest mistake you’ve made in business? Not listening to people, especially those who have been in business longer than I have. Sometimes I’m a bit stubborn. I did an MBA when I was 21 against the advice of people I worked with and my university professor. They said I was too young and wouldn’t benefit from it. I refused to accept this.

I was too young. I didn’t have the professional or life experience necessary and didn’t benefit from it.

What key piece of advice would you give to someone starting a business? It is better to be the owner of 1 per cent of something, than 100 per cent of nothing. I got that advice from my mentor at the Dublin City Enterprise Board [Billy Linehan]. Another piece of advice I think is good is: you do more when you do less, which I got from a documentary about Steve Jobs called Billion Dollar Hippy. Basically, you shouldn’t do too many things at the same time.

For the full interview see  http://www.irishtimes.com/business/retail-and-services/we-were-voted-no-4-in-the-world-and-no-1-in-ireland-1.2167697

Business mentor and adviser to owners of SMEs, mostly. Contributor to Irish Tech News. Searching for truth in the news.

Comments 0
There are currently no comments.